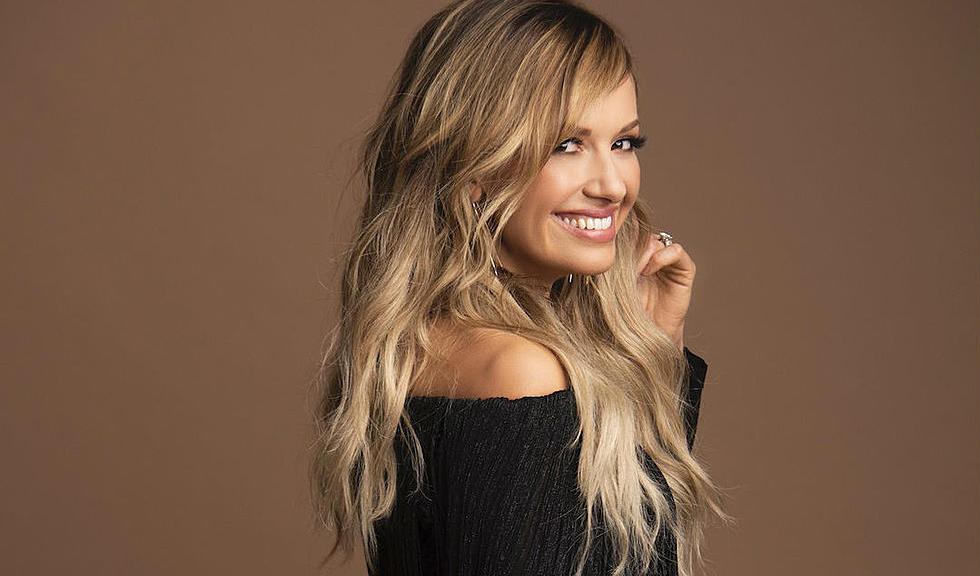 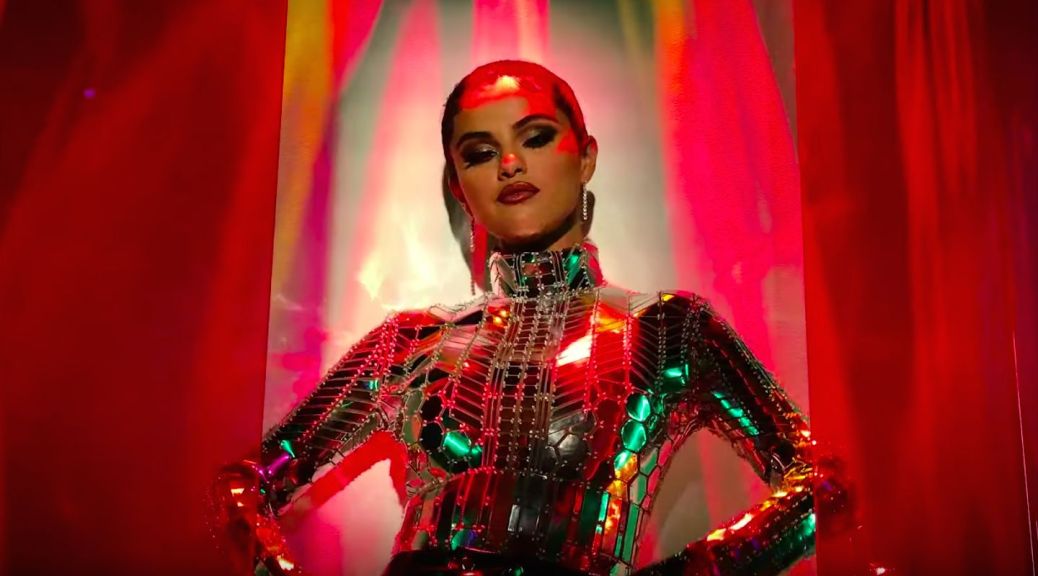 Michael, you won best music this September 2019 at the Tracks Music Awards. How do you feel?

I feel very honored, especially after checking out some of the other winners this month!

How would you describe your own music, you own style?

This is always a tough question. I suppose my music mainly falls into the contemporary classical category, but I prefer to think of my pieces as songs that are simply arranged orchestrally. They might have vocals or not, but they tend to rely on larger instrumental forces for their impact.

However, I also compose a lot of music that mixes orchestral and electronic atmospheres. This is the main incentive behind a work like ‘Inner Vibration’.

Here we have a piece that starts off with an electronic ostinato, and when the strings and human voice enter as accompaniment, it produces a kind of musical shock

My work is very often inspired by literary and artistic works as well. I have just recently finished putting together a film called ‘Todesfuge’, which is a piece I made for a piano trio to accompany the poem of Paul Celan as read by the author himself. The film itself is a very rapid stream-of-consciousness illustration of his poem, which is based on his own experience of living in a Nazi concentration camp in Romania during World War II. I have submitted it to a few festivals in Europe and the U.S., so it will be interesting to see how it makes out.

What made you submit your work to the TMA – Tracks Music Awards in the first place? Looking for recognition, promotion, buzz?

Yes, of course all of those things are appealing for artists! Most artists believe that their work should have a larger audience, and

TMA is especially intriguing to submit to because they are open to such a vast array of genres and styles. So many music festivals these days are centered on popular genres, so it’s refreshing to have festivals like TMA for composers like me whose music falls into the more niche categories.

‘Inner Vibration’, for example, is very difficult to categorize, so getting it into just the right music festival is a challenge. So I’m grateful for festivals like TMA for providing a platform for a work like this that normally goes underexposed.

Have you won any other prize or recognition for your music?

Yes, actually one of those was from TMA. My song “Nineveh’s Burning” won for best lyrics at TMA in August 2017. That particular song did quite well at many film and music festivals globally, mainly due to a wonderful video for it by the Polish director Lukasz Pytlik and a standout performance by actor Michał Przybysz.

The song is the prologue for my musical/ opera based on the Epic of Gilgamesh, which I am still at work on. It has become the main project for my Ph.D. in Music Composition at Bath Spa University in England, where I now live.

You have a new Music Video, using your track Inner Vibration, can you tell us more about it?

The video is done in only five shots. The first is a shot of film leader with a lifeline on a screen superimposed on it. The heartbeat depicted is this physical inner vibration, and then there are four shots of astral travel as that inner vibration moves out into space seeking a universal equivalent. The footage was licensed from some obviously very talented animators, so I’m proud to have it up on YouTube.

What are you up to now, what is your next project?

My current project is my musical based on the Epic of Gilgamesh. I’ve been at it for several years, and it’s roughly 75% finished at this point. I’m not rushing through with its composition because I want it to be as perfect as can be. The story is humanity’s oldest extant story– about 4000 years old or so. There is an artistic responsibility to make sure that the music and the interpretation live up to such a story, but I’m doing my best. And now that I am working on it with such great performers and collaborators in my Ph.D. program at Bath Spa, I am confident that we will produce a worthy work together.

Briana Alexa, known as Brika (pronounced “bree-kuh”), is an alternative singer-songwriter born and raised in Miami, Florida to Cuban-American parents. Her music, which has captivated audiences globally, is vibrant and melancholy, running the gamut of human emotions. A musician since the tender age of three, Brika’s intensely creative nature has been apparent from the start, in her childhood years of songwriting all the way to Voice Memos, her professional debut, recorded with esteemed producer Julio Reyes Copello. Her music has been ranked highly on Spotify charts and earned her placements on numerous playlists, in addition to general acclaim for what critics termed “incisively sharp, beautifully orchestrated pop music.” 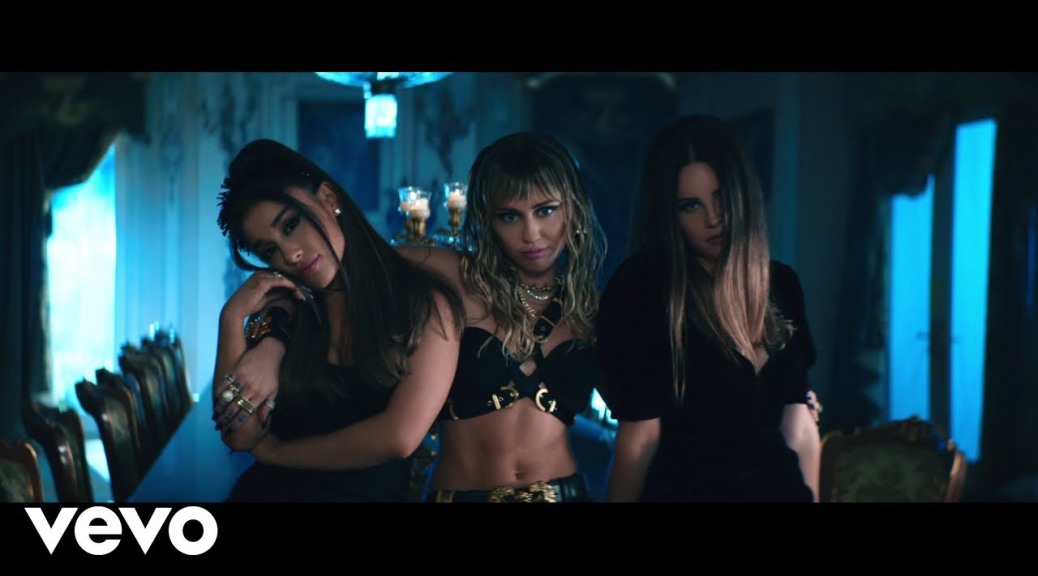 Fabio, you won best music back in September 2017. What are up to now to get into the new year ?
I am currently composing the score for a short film. I have also been writing music for Velvet Green Music, a production music library based in Los Angeles. These days I have received a proposal to write the music for a TV mini-series, and I have some more projects in the horizon for the next coming months.

Cool ! How would you describe your own music, you own style?
Melody for me is really important.

“I often look for passionate and emotional melodies, supported by harmonies that I would describe as tonal,”

but with the introduction of innovative elements and the fusion of different genres. Recently somebody defined my music as “embracing a postmodern aesthetic without separation from the traditional fundamentals.”

What made you submit your work to the ATMA in the first place ? Looking for recognition, promotion, buzz?
I would say a little of everything you said. And the beauty of the ATMA is that you can submit a great variety of genres, so there is recognition and promotion for every kind of music.
Have you won any other prize or recognition for your music?
Yes. I won the Honorable Mention Awards at the “Film Scoring Competition at the Indie Gathering International Film Festival” with the score of a trailer, the Bronze Medal at the “Global Music Awards” with “Paradise”, a piece for orchestra. I have been waiting for the results of a couple of other composition competitions in Europe, where I am already in the semifinals. Furthermore I have also placed three other pieces in the semifinals (two) and final (one) of the ATMA !
Way to go… Listening to your Soundcloud, the piano seems to have a central place in your work. Is that correct ? How do you relate to that instrument?
For sure piano has an important role in my music. Piano is my first love, and I am a classical trained pianist.

“This instrument also helps me in my creative process: I often sketch my musical ideas on the piano and then I orchestrate them.”

I am also a trombone player and I love the versatility of this instrument. I know… I am a strange combination of a pianist, a trombonist and a composer.

You worked on two short films. When were involved in the process: only after the film is completed, or before the shooting?
As far as the first film (a documentary), I started working on it in the post production phase. I have been lucky enough to have the complete trust of the director, who gave me a great liberty for the choice of the genre of music, instrumentation, etc. Regarding the second film (a comedy), I have started my collaboration with the director since the beginning. I had the opportunity to read the script before the shooting, so I could start thinking of the music even before seeing any scene of the film. 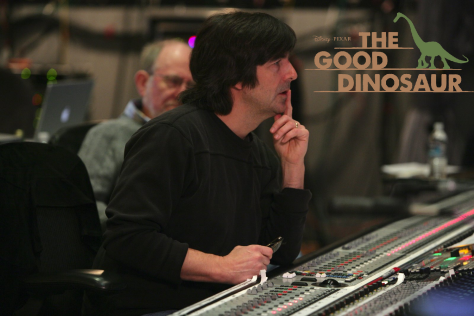 Who would be the composers you like and that may have influenced your work?

That is a hard question, I like so many composers so different one from each other. If I need to choose some, I would say Chopin, Tchaikovsky, Richard Strauss, Rachmaninov for the concert music. For the film music, I love John Williams (who doesn’t?), James Horner and Thomas Newman.

The TMA's | Tracks Music Awards
Create a free website or blog at WordPress.com.