Molly Smith won Artist Revelation at the ATMA this July, with her song Born to Fight.

Currently a student at Montverde Academy in Florida, she answered our questions following her win.

Molly, you won artist revelation this July at the American Tracks Music Awards. Is this your first award at all ? How do you feel about it ?

I am so honored to win the artist revelation award. It is so exciting to be recognized for my own personal song. I’ve won talent shows at my school and theater/vocal related awards but never anything for songwriting.

What are your artists references ? Your influences ?

A lot of my influences come from Ed Sheeran, Damien Rice, Jose Vanders, and Halsey. I love the lyrics that Halsey writes, she’s very visual and I try to write in that similar style. I’ve always been inspired by piano ballads by Tom Odell and Lewis Capaldi, which I think is why a lot of my music is mostly ballads. Born to Fight is one of my few more upbeat songs. Twenty One Pilots has also always been a favorite of mine because of the way they mix genres. I listen to every genre of music so I feel like this starts to show in my writing. 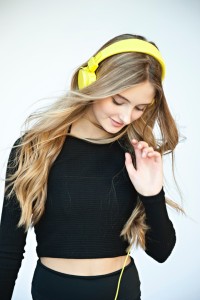 Lyrics of “Born to Fight” are kind of dark, with deep feelings and the urge of fighting back. But you are only 15, where doe that anger comes from ?

Teen angst of course! But actually, the song comes from a serious place of realizing that what I want to do with my life is very difficult and will be filled with obstacles. This song is for all the people who told me I wasn’t good enough or I wouldn’t succeed. The lyrics are basically saying to those people, “I’m gonna make it because I won’t stop working hard until I do.” Born to Fight also is sort of a song to myself, after coming out of some difficult teenage years, that I wasn’t born to give up. I made it through the hard times because I fought my way through it. That’s pretty much how the idea blossomed.

The music on the contrary is more down tempo, giving some space to the lyrics and the story you tell. Are you the composer of the track ?

I composed the piano, melody, lyrics, and bass for the track, but the piece was produced at a music summer camp called “Prodigy Camp.” I was really lucky to get to work with producer Andy Park, his drummer Sean (who did all the percussion and is really brilliant), and was mentored by Tyson Motsenbocker and Kris Orlowski. Chappell Roan, a brand new artist who just released an awesome single on Spotify, mentored me on lyrics as well.

I was so honored to work with such talented mentors and I really learned a lot through the whole process.

We had a lot of fun playing around with the percussion and got really out of the box. Some of the sounds in the song are a mic stand sliding up, drum sticks on concrete, and dropping rocks on the ground. 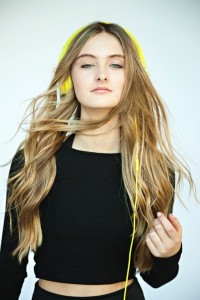 Is Mollywood the name of your band ?

Mollywood is actually a nickname my parents gave me as a child, but for now I am sticking with Molly Smith as my artist name. I don’t really have a band so I’m just more of an acoustic solo act right now. When I perform I love to play some of my other originals and covers where I can do a unique spin on the song.

Your soundcloud lists more than 10 original songs and about as much as covers. Do you have an album out, or singles, where can people buy / listen to it ?

My single “Born to Fight” will be on iTunes, Spotify, and other streaming services August 11th ! Some of my songs are on youtube, including my original “Broken” and the rest are on soundcloud for now.

Do you work on your music on an everyday basis ?

Music has always been a stress reliever for me, so just about every day I play guitar or piano for about an hour. Usually when I write it comes in chunks. I’ll maybe stay up all night writing a song but then I won’t write anything for two weeks. I try to just let it come naturally. If I don’t seem to have any ideas I’ll just work on a cover or music theory.

What are your plans for the near future ?

In the future I would love to work on professionally recording an EP. Labels these days seem to want artists already established on social media, so I’ll also be posting videos on youtube much more often. Other than that I just gotta keep writing! 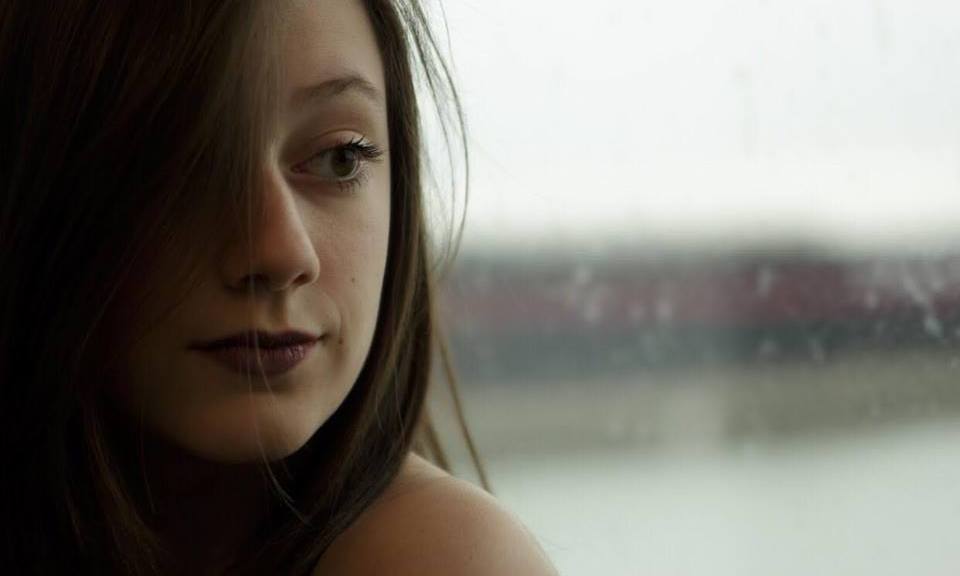 Gina Brooklyn, who creates and resides in Akron, Ohio.  Surrounded by musicians growing up (her parents were in the local award-winning hard rock band Krank), her unwavering passion for all things music began at the age of 5, she recorded less than a decade later at OmniSound Studios in Nashville and Threshold Recording Studios in New York City. By the time she was 15, she recorded at Studio City Studios in Los Angeles, 515 Studios in Nashville, and Lava Room Recording Studios in Cleveland. Now only 16 years of age, she won June’s 2017 Artist Revelation Winner from The American Tracks Music Awards, with her single FACELESS.

We just open our September 2017 call for entries on September 1st.

This is back to school so… Get the guitars ready !

Choose your category on FilmFreeway to submit.

The 2017 annual event of The Talent Factory took place on May 5 in Los Angeles.

All winners and nominees of the American Tracks Music Awards were invited. All those who were present got they certificate award in hand, and had the chance to have a QnA host by contest manager Matt Beurois, and got to talk about their song, their music videos, their craft.

Next annual event s scheduled on May 4*, in Los Angeles.

*Date is subject to slight change.

The American Tracks Music Awards is a monthly competition.

Any time you submit to us, you will be notified, on the last day of each month, of your status.

Check out our full presentation here.

The American Tracks Music Awards have been created on December 2016.

Growing month after month, we launch today our full website. 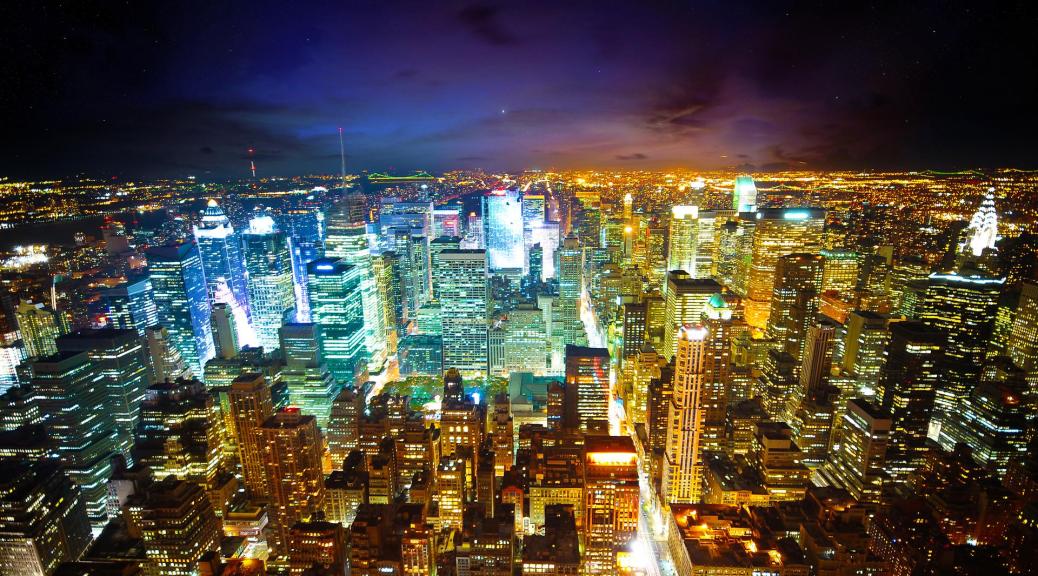 heads up ! Here are announced the July winners of the American Tracks Music Awards.